Thinking of karma and giving alms to a beggar actually directly Seeding another “Poverty” tree in India! Out of the amount that we assume to be giving as part of Karma, charity, or alms 30% go for Bad Habits;20% for food & 50% for Saving .
How many times on traffic signals on metro stations people can notice them smoking this is quiet insensitive that even after seeing them spending the money on bad habbits we do believe that giving to beggars is a way of helping and a humanitarian cause
The Bombay Prevention of Begging Act, 1959 criminalizes begging. Its aim is to remove beggars from their current illegal profession so that they may be detained, trained and eventually employed elsewhere.

The act was adopted by the Union Territory of Delhi in 1960. It is considered a violation of rights amongst activists and advocates of homeless people. Following is an overview of provisions in the act that are relevant to children ages 0-18.

Under the provisions of this act a person who solicited or exploited a child to beg for alms, can be sent to prison for a minimum of one year and maximum of three years. So far no case has been registered under the Bombay Prevention of Begging Act, 1959, which was adopted by Delhi about 45 years ago, in 1960. It does not mean that our cities are free of beggars or hundreds of untraced children for years were not forced to beg by a mafia. Even the statutory ‘homes’ for beggars set up in the capital are empty. Obviously, the vacancy position is not because begging has ceased in Delhi or the number of beggars has gone down, but it is for the obvious reason that there is no implementation of the Act. This is our ethical responsibility to stop showing humanity by giving alms instead try to be a responsible citizen by choosing wisely. Get them to an NGO, Trust, Rehabilitation Centre for them ,

Unfortunately even though after such bodies beggars can be seen at every nook and corner, The governments are sitting aside even though begging mentioned as crime the protectors of law they themselves give no eye on the begging this Nexus which is growing day by day a few days back a gang of 6 beggars looted a shop in Mumbai so is this there need are they really in need of our money ?
Do NGOs and activist report such happenings incidences of daylight menace of beggars whether it is metro stations bus stands traffic signals worship places footpaths or outside restaurants
According to studies the annual earning of beggars in india is Rs 180 crore ,Even this huge amount of earning is not able to improve their condition why ?

Films like Traffic signal has encapsulated a microcosm of people who derive their daily livelihoods from it. There are beggars (kids and adults), prostitutes, tricksters, eunuchs and others who sell clothes, flowers and trinkets. They speak quickly But this is not it this also shows the Nexus behind the scene the evil that comprises politicians and the larger Mafia.

Thus where are those able bodies those who get huge funds to education them provide employment do we noticed any change in begging system our government NGOs Activists womens welfare Ashrams and so the Old age homes where they are working even after getting heavily funded. 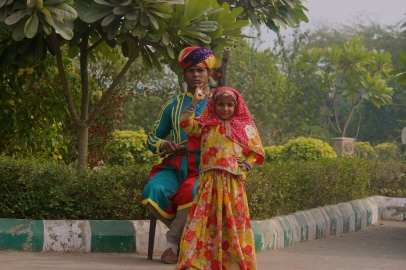 A passionate Blogger, writer , independent Journalist, Running various pages and serving almost on all the social platforms. Photography is my first love , keeping pets is second and writing is above all. A writer writes for his expression, if not then there is no writer. This blog will cover Lifestyle segments, and much more in coming years .